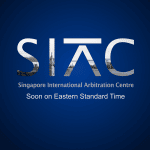 The launch of the New York office, Singapore International Arbitration Centre’s (SIAC) first representative office outside of Asia, is an important milestone in the institution’s global growth. US parties are consistently among the top foreign users of SIAC, and in 2018, they topped the foreign user rankings. In 2020 alone, over 500 US parties have arbitrated under SIAC’s Rules.

The opening of SIAC’s New York office underpins the steady rise in popularity of SIAC among users from the United States. It will serve as a springboard to further promote SIAC’s world-class dispute resolution services and foster deeper ties with users in the Americas, who will benefit from real-time access to SIAC.

.In his keynote speech at the launch ceremony, Minister K Shanmugam, SC, Minister for Home Affairs and Minister for Law, Singapore, congratulated SIAC on the launch of its New York office, and announced that SIAC had set a new record this year, with 1005 new cases as of 30 October 2020, which included two sets of related cases.

This is the first time SIAC’s caseload has crossed the 1000-case threshold.

The New York office will be led by Ms Adriana Uson as its Head (Americas). Ms Uson brings a unique perspective to this role, having worked for several years as Counsel in the SIAC Secretariat, practised as an international arbitration lawyer at a top global firm, and served as sole arbitrator in administered cases.